It's a shiny new year, Happy 2014 everyone. A world of opportunity for new running experiences and putting into practice what we learnt in 2013. I still feel so fortunate to have experienced Western States last year, as well as see real improvement in my Highland Fling performance and place first lady in the Devil O' The Highlands, before everything went downhill fast as I struggled with the injury at Glenmore and River Ayr Way - a sure sign that I took on too much throughout the year.

I've just been fun running over the last few months: no training plan but back into the hills, lots of core and strengthening work (following physio orders), and a bit of dreaming about future plans.The hamstring isn't perfect but I've had no IT band pain since September - and the ongoing hamstring niggles are only a positive thing as they keep reminding me to maintain the balance with cross training, core and massage, and not fall back into a routine of just desk work and running.

New Year's Day morning I found out I had entry into the Tahoe Rim Trail 100 miler out in Lake Tahoe (California/Nevada states) in July, their lottery took place on the stroke of midnight US time with 275 gaining entry to the 100 miler, 200 to the 50 miler and 125 to the 50k distances. It will be a key focus for me and I'm massively excited to get back out there and run those beautiful trails.

I wanted a spring marathon to have as a target for regaining some speed over the winter months, to feed into trail races later in the year. Brighton is poker straight and flat, with the route having being flattened further for 2014 to attract more marathon superstars. I'm running for Marine Conservation Society. 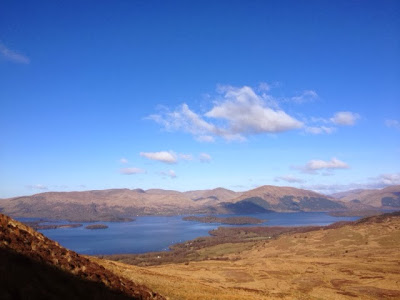 I love the Fling. The sun always seems to shine (hope this doesn't jinx the 2014 race), its a great distance and it was one of my first ultras - ample reason to give a fourth outing a shot! And hopefully I've come on from running in Newton road shoes and blowing up at Beinglas, but you can never take a race like this for granted.

Transvulcania....but not the big one 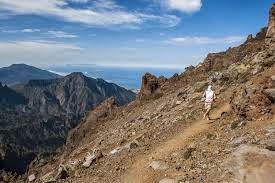 I signed up for a week's holiday in La Palma with the idea of some sun and trails (not much persuasion needed) as well as to cheer on the growing group of folk from Scotland running the Transvulcania ultra - an 80k mountain race up and down one big daddy of a volcano. However I found myself registering for the much shorter marathon distance race as a 'fun' run, which by all accounts still includes the same volcano climb as the big daddy. Eek.


I spent time up in Lake Tahoe in 2010 at a friend's family cabin, then last year in training for the Western States. The Rim Trail is absolutely stunning and also deceptive - composed of mostly soft, single track forest trails at average elevation of over 9,000 feet, with significant climbs and some beautiful snow fields. The 100 mile course is a repeat of the 50 mile race distance, which is a series of out and backs and loops. It has over 17,000 feet of elevation gain, a quad-busting 20,000 ft of downhill, and a 50% DNF rate. The trails can be pretty steep, including a 2 mile stretch with 1,700 ft of climb. I remember folk at Western States telling me about the race, that it can be tougher than WS. This makes me fearful but also motivates me to work hard, which can only a good thing, can't it? 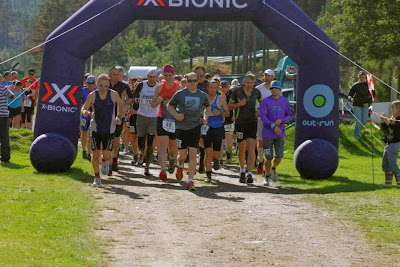 I got my first taste of the fabulous Glenmore 24 last year when I ran the 12 hour option. I loved everything about the race apart from my struggles running it, with the IT band/hamstring pain plaguing me for most of the 12 hours. It's a special race - top notch race organisation by Bill & Mike, beautiful loch-side setting of Glenmore forest in the Cairngorms, a four-mile loop course on rolling trails (passing the camp ground and support each time) and one big social for the entirety. I really want to give it another shot this year, hopefully on better form, not over-raced or injured.