As per my last post, I was delighted when the day of the 'Big Dance' finally came around, after so many months of preparation, not to mention 10 nervous, forecast-checking days in California/Nevada beforehand. It was so much more than I expected in many ways: the huge level of support and kindness shown by those involved with the race, the scale of the ascent and descent, the pain and discomfort, the importance of crew and pacers in reaching goals. Oh and the heat. More a life experience than just an ultra marathon.
After the few days of cool temps and rain in the week before, the heat was turned back on before race day, with a heat wave forecast for inland California for the weekend of around 102 Fahrenheit (around 38 Celsius). Dan - my main crew, who lives in Reno - had offered up his holiday trailer in Truckee, 20 mins from Squaw Valley, so we stayed there after registration and an exciting race briefing on Friday, which was full of ultra stars. RD Craig Thornley presented the male and female favourites for the top ten then preceded to give a very specific weather forecast, with the stellar advice for every runner to throw their split goals away and aim to adjust them not only by 10 or 15 minutes but by a good couple of hours. The day before we'd been to a WS veterans panel and ultra legend Ann Trason - who won WS 14 times and held the female record for 20 years until Ellie Greenwood broke it last year - gave similar advice, to 'respect the heat'.
Predicably I hardly slept the night before, but reassured myself that I'd had a solid ten days of early nights and good 8 hour sleeps behind me - rock & roll I know. We had a timing issue in the morning due to watches and alarms not being in sync so ended up being in a bit of a stress to get to the bib pick up for 4.15am, but we made it and the atmosphere and electricity at the start was incredible. Lots of hollering and whooping, motivational music and spectators and crews lining the steep trail 3.5 miles up to Emigrant Pass.
The start took my breath away, literally. We'd hiked up the pass a few days earlier and I'd been relieved to feel no effects of altitude at all. But the race was a different story. Not sure if it was the results of adrenalin, nerves or tiredness but I could feel a tightness and slight wheeze as we neared the summit at 8,700 feet and for some miles after. Most of the climb was too steep to run but I fast-hiked/ran the gentler parts. From Emigrant Pass came a large section of the trail I had never seen and from the elevation chart it looked like this would be a steady, largely runnable section to just before Robinson Flat at mile 29, but there were far more climbs than I expected.
I was in a longish chain of male runners for what seemed like miles and was keen to get some of my own space, so passed a few whilst trying to keep my heart rate steady. I was determined to stick to my goal mantras to not ever let my heart rate or exertion level climb too much, to run my own race and to constantly remind myself that it is the mind that controls my body, not the other way round - where the mind goes the body will follow. The first goal would prove to be impossible with the heat and climbs.
The oven was switched on earlier than expected, not helped by some exposed areas from Lion's to Red Star Ridge (miles 10.5-16) and surprisingly I found this early section really tough as my body was adapting to the conditions. Coming into Duncan Canyon at 23 miles was a boost, as the aid station was really lively and I had an ice sponge down by cheering volunteers, the first of very many to come. 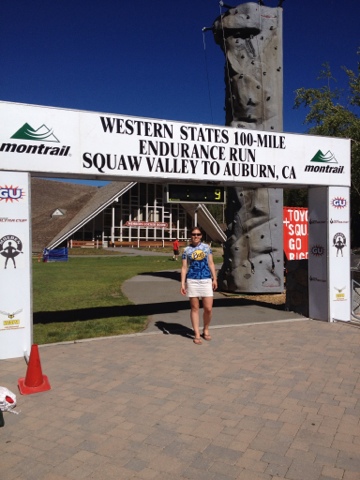 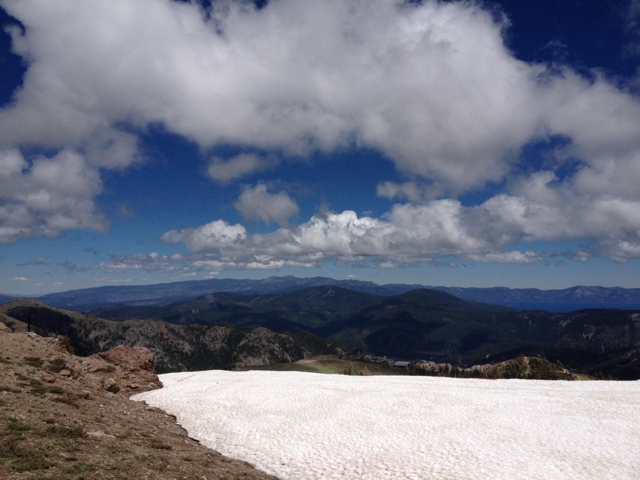 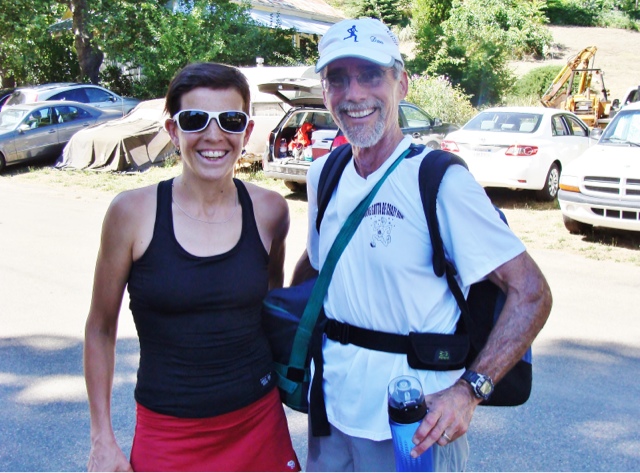 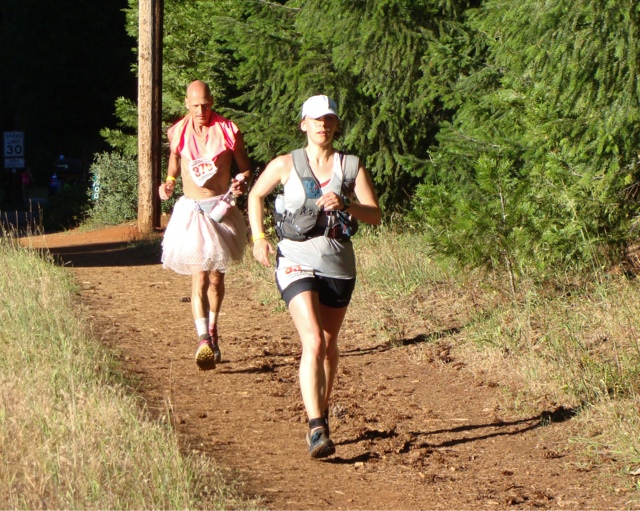 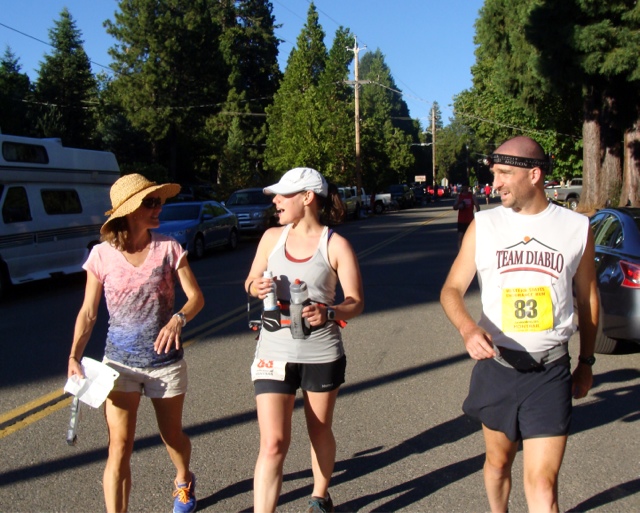 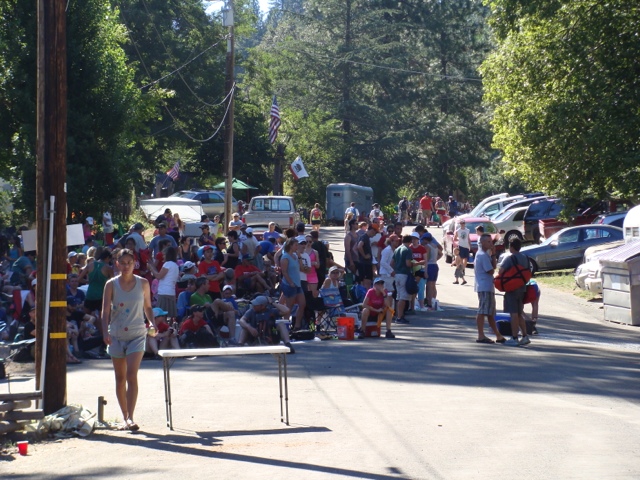 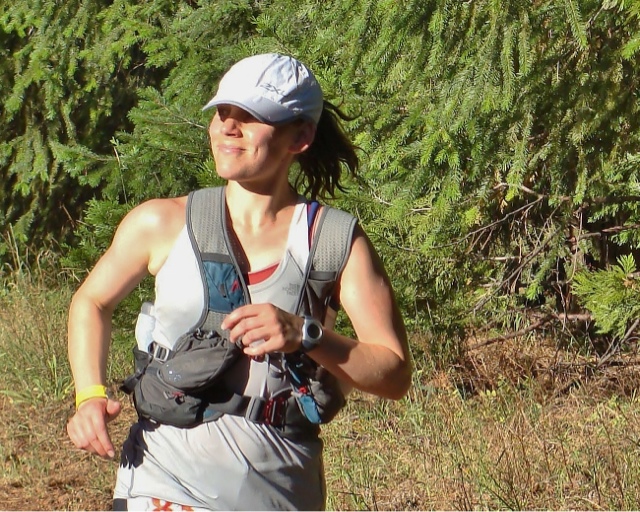 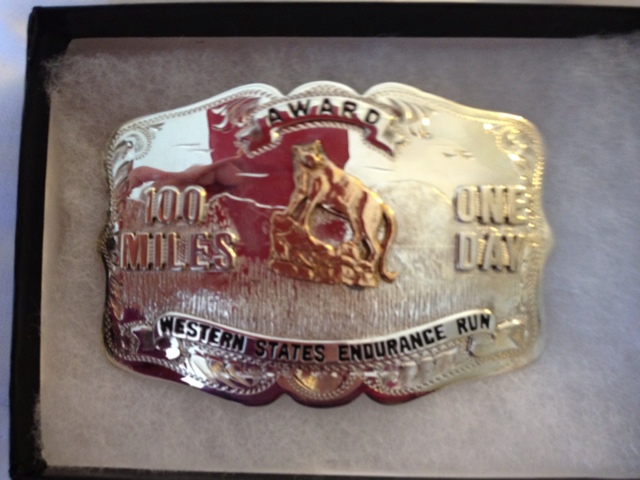